Here is an example of a changed mind.

There was a time when I was strictly an industrial photographer and disdained the idea of shooting weddings.

I changed my mind.  Though the wedding shoot itself is a little more hectic and dramatic than shooting construction processes, the post production work, the final product is a touch of artistry that I never could touch by shooting only corporate photos.

This Labor Day weekend, I got to shoot Brandy and Jared’s wedding.  I’ve known them for a few years so I was personally invested in their wedding, the start of their marriage.  It was with warm emotions that I spent the extra effort to give them more than just a cd of photos, but also some special touches — free, as a wedding gift. 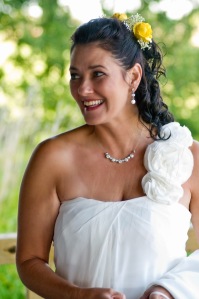 It opened my eyes to a new kind of photography that I was formerly unfamiliar with, and you know what, I like it.  At least with a fun couple like the Eckroths.  It’s what made special effects such as the jail shot even more fitting for them, and fun for me.