Shades of history were repeated for children at St. Jude’s hospital.  A century ago, riders here were in a protective mode. This time, they’re in a supportive role.

Riders organize before the start of the trail ride fund-raiser

It was more than 130 years ago when blue-coated riders rode the hills along the west side of the Missouri River at Fort Abraham Lincoln.  Soldiers were posted there to protect railroad workers building the Northern Pacific Railroad, but their mission changed in the ill-begotten battle at Little Big Horn.

This summer, nearly 100 riders covered the hills above the Missouri at Fort Abraham Lincoln State Park to raise thousands of dollars for St. Jude’s Children’s Hospital.  It was one of the best shoots I’ve ever been on. All the photos are here http://www.mykuhlsphotography.co/Events/St-Jude-Trail-Ride 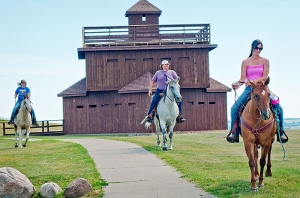 Riders at the block houses

I got a copy of the map where they’d ride and I intercepted them at various points such as at the blockhouses on a hill overlooking the valley.

A gorgeous day for weather, not too hot, not at all chilly, a good day for soaking up sun and riding without stressing the horses.

Past the blockhouses, the ride went past the original cemetery at the fort — an eerie reminder of life a century ago when people were considered “old” at 45. 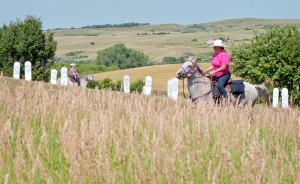 Riding past the Ft. Lincoln cemetery 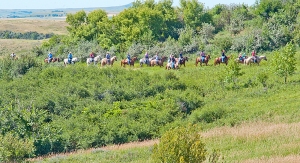 Riders in a line come up the hill

The ride started in the valley and went up the hill across the prairie and through the trees.  It was an easy pace — thankfully so that I could catch them at various points.

A family-centered kind of ride where children were more than welcomed — they were encouraged to get on board the powerful horses who gently submitted to the young hands. 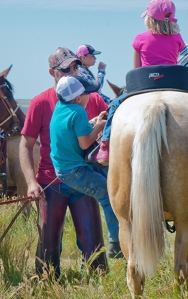 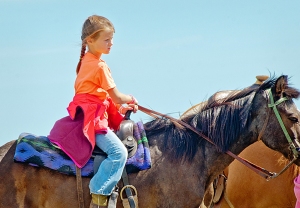 Then, it went back down to the river, and along the trees, out of the sun and in to the cooling shade. 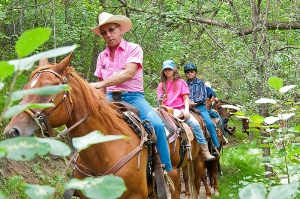 Riding through the trees

Once back at the start, later that afternoon, a pot luck feed gave riders a feast that matched the greatness of the ride they just completed.  Grilled burgers, hot dogs and all the other kind of summer picnic food we love. 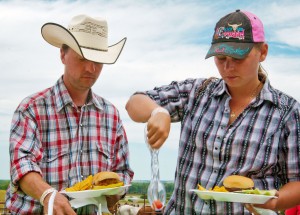 In the end, the ride raised several thousand dollars for St. Jude’s Children’s Hospital — one of several rides in the nation to support the hospital.  Plans are already underway for next year’s ride.  Until then, here is where this year’s photographs are stored http://www.mykuhlsphotography.co/Events/St-Jude-Trail-Ride

One thought on “Ride for St. Judes at Ft Lincoln”